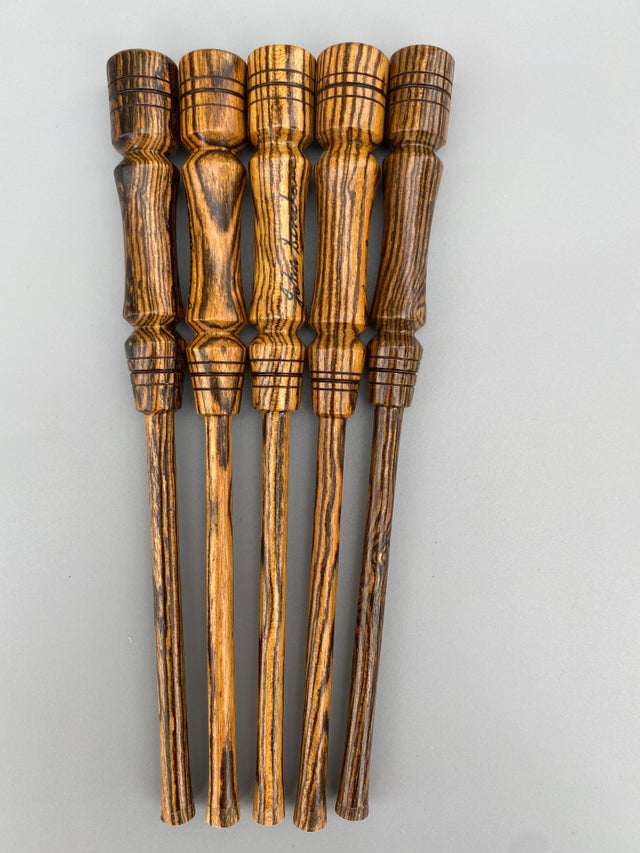 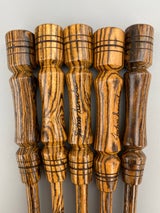 Comments: With its striking, zebra-like contrasts, and bold figuring, Bocote can be a very eye-catching wood. Bookmatching two consecutive panels can create symmetrical “faces” and other patterns in the wood, (though a relatively thin-kerf blade should be used to minimize the shift of the pattern). Bocote is generally used for its aesthetic attributes, rather than its mechanical ones—and although Bocote is by no means weak, its strength-to-weight ratio is below average. (It is roughly as stiff and strong as Hard Maple, even though Bocote is considerably heavier.)